Legal Accessibility among the Visegrad Countries

On 17th of April, 2018 the International and Regional Studies Institute of the Faculty of Law and Political Sciences of the University of Szeged and Central European Service for Cross-border Initiatives (CESCI) jointly organized the opening conference of the project on legal accessibility among the Visegrad Countries. 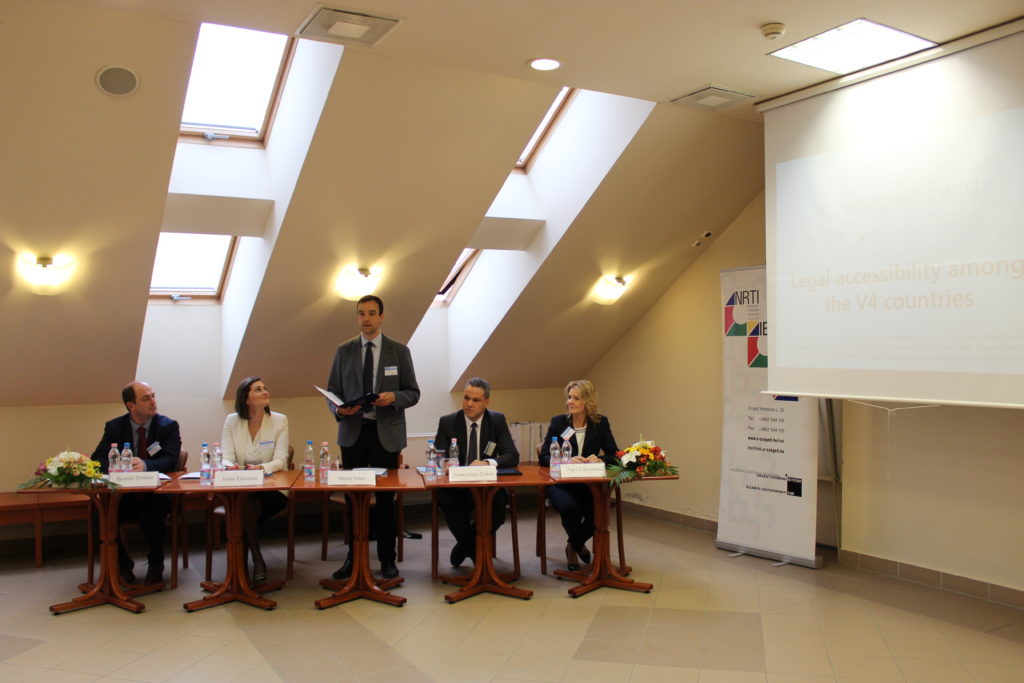 The conference was opened by Péter Mezei, Deputy Dean for International Affairs at the University of Szeged, Faculty of Law and Political Sciences, who emphasized the role and significance of international scientific cooperation among the V4 countries. He expressed that the aim of the project was to develop solutions that facilitate free movement of people between Hungary, Slovakia, the Czech Republic and Poland.

Greetings of the Vice-dean was followed by the opening speech of Zoltán Nemessányi, Deputy State Secretary for International Cooperation in Justice, from the Ministry of Justice, who underlined that the project of Legal Accessibility was launched by CESCI in 2016. Aim of the project, which is supported by the Ministry of Justice, was to identify legal and administrative obstacles around the Hungarian borders, as well as to work out solution proposals – based on the experiences of European best practices. The unique project has gradually become a comprehensive initiative that was supported by the Cross-Border Review project launched by the European Commission in 2015 running in parallel with the CESCI project. As it was mentioned, interoperability of borders is essential for Hungary for several reasons. On the one hand, Hungary has one of the most open economies within the EU, and Hungary has to operate three different border regimes with its 7 neighbours. Moreover, there is a very large Hungarian minority on the other side of the border, and the contacts with them are traditionally extremely lively. It is no coincidence that the Ministry of Justice supports the initiative of CESCI. 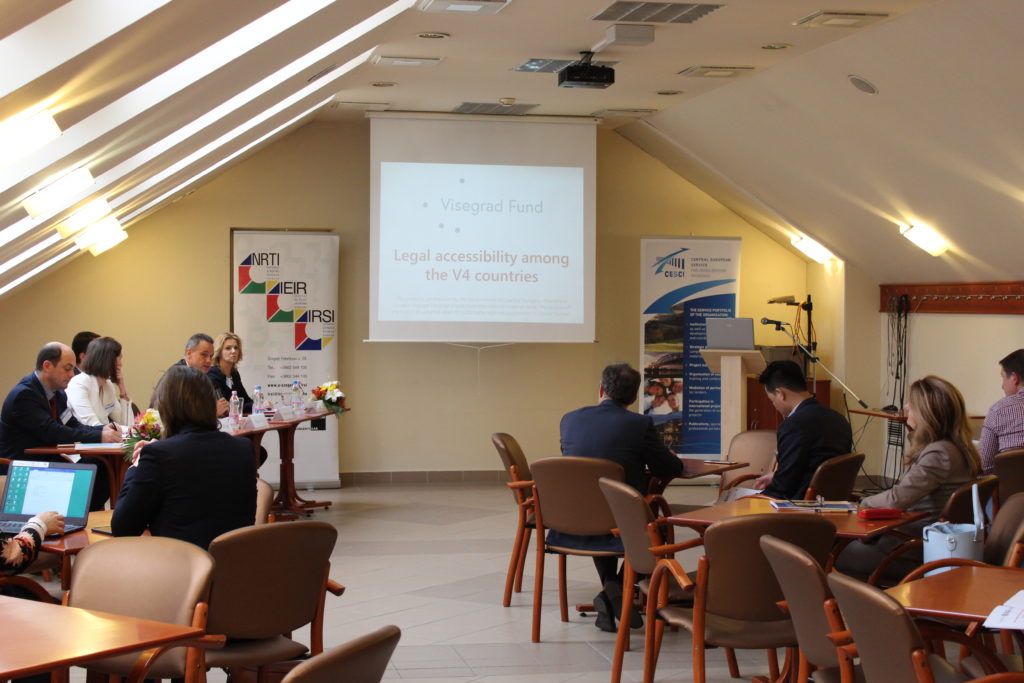 First speaker of the first panel on cooperation addressing the permeability of internal borders at the level of V4 , was Krisztina Varjú, Ministerial Commissioner responsible for the Hungarian V4 presidency in 2017-2018. She spoke about the priorities of the Hungarian presidency and the achieved results. She highlighted the goal of the Hungarian presidency, namely to bring the V4 initiative as close as possible to everyday people, where the Legal Accessibility project may play important role.

Ricardo Ferreira, representative of the Directorate-General for Regional and Urban Policy, European Commission, described the Commission’s Cross-Border Review project in details, and he introduced the most important aspects and possible future impacts of the Communication entitled “Boosting Growth and Cohesion in EU Border Regions”. He called attention to the large number of people who live along the border (30% of the EU population) and the importance of obstacles: according to the estimates of the Politechnico Milano, eliminating 1/5 of existing obstacles could result in 2% increase of GDP in border areas. Therefore, the Commission welcomes the initiatives which follow good examples (the Nordic Council and the Benelux Union) and he promised assistance toward the initiators of this particular project.

Zsuzsanna Fejes, Deputy Director and Assistant Professor at the International and Regional Studies Institute of the University of Szeged, gave an overview of international and EU legal frameworks for cross-border cooperation. Besides of the Cross-border Review, coordinated by DG Regio, she underlined the initiative for a new legal solution, initiated by the Luxembourg Presidency in 2015 that aims to establish the European Cross-Border Convention (ECBC). 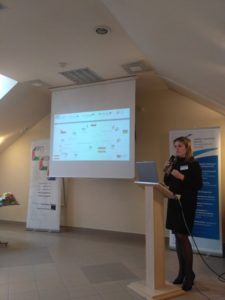 The second panel of the conference analysed national regulatory frameworks for cross-border co-operation. Katarína Mihaľová, Director of cross-border programmes at the Ministry of Agriculture and Rural Development of the Slovak Republic, spoke about legal obstacles and about the lessons learned from cross-border cooperation programmes in Slovakia. According to their experiences, the existing legal obstacles often generate problem in the domain of implementation of cross-border programmes because national legislations hinder the enforcement of EU law, which makes the daily life of the population of the border regions more difficult. She mentioned few good examples, for instance the project with title ‘Bridges for Birth’, implemented within the Slovak-Austrian programme, which made the hospital services in Bratislava available for the Austrian border villages.

Katarzyna Kos, legislator of the Legislative Centre of the Polish Government, spoke about the problems of cross-border issues within Polish legislative processes. She highlighted that, in order to overcome these obstacles, the legislative system of the four countries have to be firstly studied; otherwise the Nordic Council model cannot be applied to the level of the V4.

Michal Šindelař and Milan Jeřábek, researchers of the Masaryk University, briefly introduced the Czech cross-border cooperation through the example of 13 established euroregions. 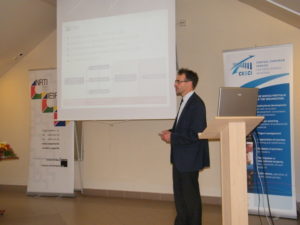 Conference was closed by the presentation of Gyula Ocskay, Secretary General of CESCI, with title, ‘Legal accessibility among the V4 countries’. In his presentation, he expressed that instead of random handling of existing obstacles, it would be more useful to develop permanent mechanisms that could help the work of decision-makers and those mechanisms could continuously reflect on the appeared problems. The solution could be the establishment of a platform, similar to the Nordic Council’s, on the level of the Visegrad countries which would work to create conditions for free movement of citizens among the four Visegrad countries. Subsequently, the expected result of the project is to make a proposal and to develop a handbook in which the project participants propose to set up the V4 Mobility Council, its structure and rules of its operation. 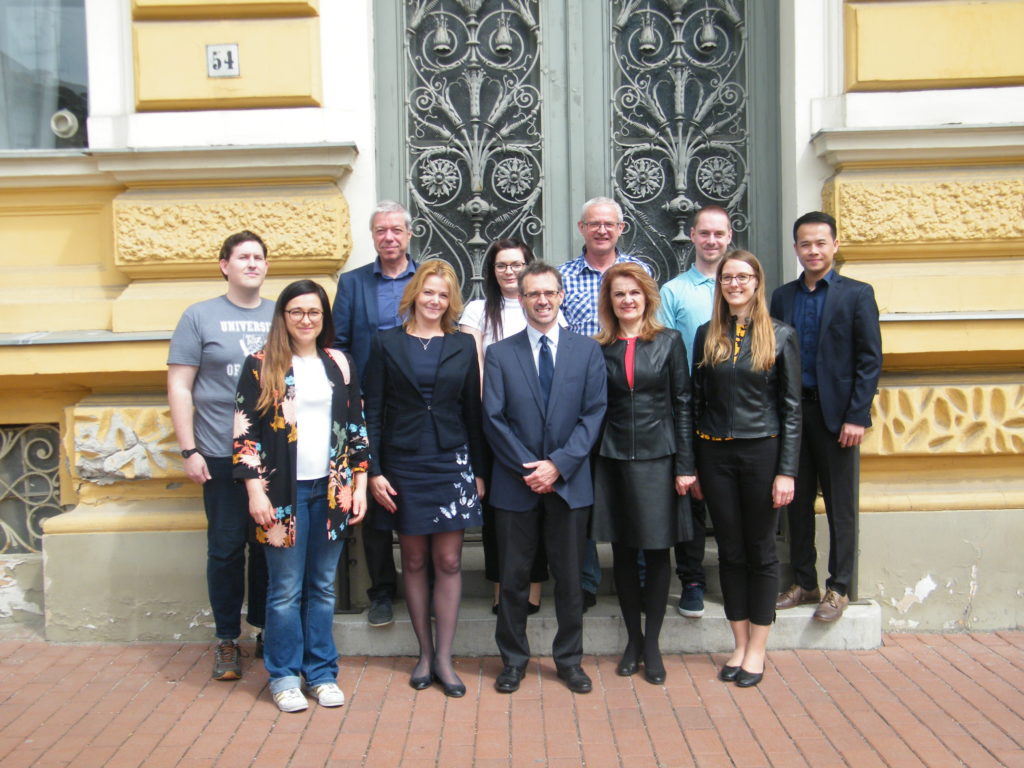 The event continued with a narrower, professional working meeting and scheduling of tasks. Beside the organizers, the project partners took part at the meeting, namely the representatives of CESCI Carpathia, researchers from the Masaryk University from the Czech Republic, as well as the representatives of the Centre for European Regional and Local Studies of the University of Warsaw from Poland.

The presentations are available here.

The V4 Project is financed
by the Visegrad Fund.